Cast or Calendered Vinyl Film – To Spec Or Not To Spec 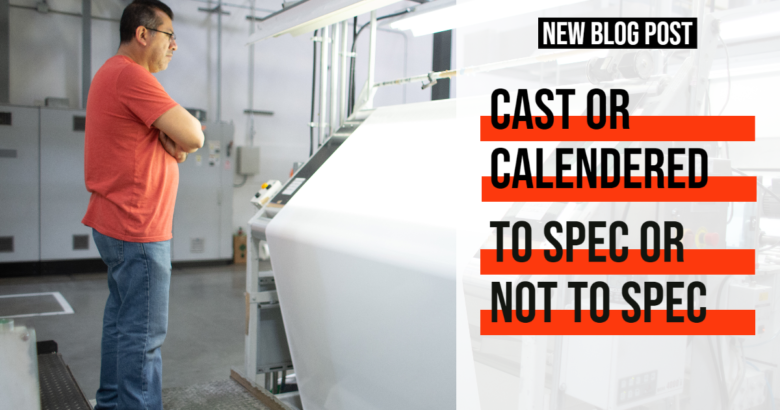 In the branded world we know today, there are vinyl films for every substrate. Concrete, porta-potties, and trains are all examples of branding on substrates we see every day. But when you choose a vinyl film for your next job, how do you know you’re making the right choice to maximize your profit? Step one in selecting a vinyl film is deciding between Cast or Calendered. Below we will take a quick look at the difference between a Cast or Calendered vinyl and how choosing the right film will help you improve your film spec odds tremendously.

The terms Cast and Calendered refer to the ingredients used and the manufacturing method of each vinyl. Cast begins as a paint-like substance, called organosol. Orgnisol poured over a sheet and run through a series of ovens cures the liquid into a solid film, creating what we know as a Cast vinyl. Calendered film starts as a dough-like substance called plastisol, run between a series of hot rollers to press the film to the desired thickness. The casting process produces stress-free film, that over its lifetime, will have minimal shrinkage. In contrast, the calendering process produces stressed film, that over its much shorter lifetime, can shrink noticeably.

Cast or Calendered for Flat Surfaces

If you are applying to a Flat (2D) surface, you can choose between the two types of film based on the desired durability, especially in outdoor applications. Now, for short term durability, a calendered film will be your ideal selection. For long term, a cast film will be the way to go. For an indoor application with no exposure, use a calendered film, but keep in mind that it will still have some shrinkage.

Cast or Calendered for Curved Surfaces

When applying to a curved (3D) or compound curved surface application, a cast film is your go-to. Does that mean you cannot use a calendared product? No! 3D application is possible with calendered film, but with little to no long-term durability.

Film type isn’t the only thing you need to take into consideration when choosing which product to use; a proper laminate pairing is also essential. To increase your graphic’s durability, use a laminate of equal or better quality. For example, using a calendered base film with cast overlaminate is a great way to extend graphic durability by having the laminate stabilize the base film. Using a cast base film with a calendered overlaminate will work oppositely, allowing the laminate to shrink and cause failure. 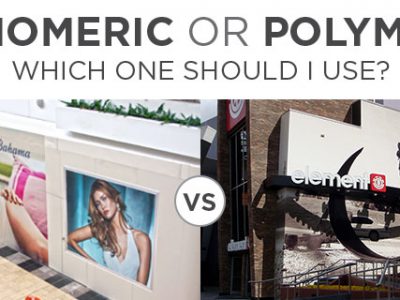 The Differences Between Monomeric and Polymeric Calendered Film 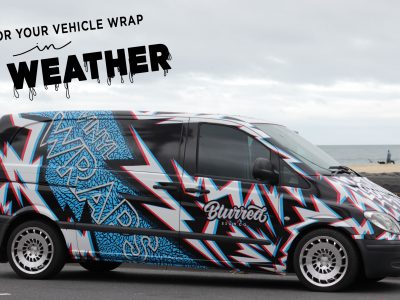 Caring for Your Vehicle Wrap in Hot Weather 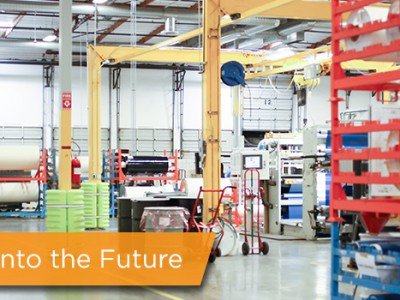 Join us tomorrow at 4 PM PST live on Instagram for